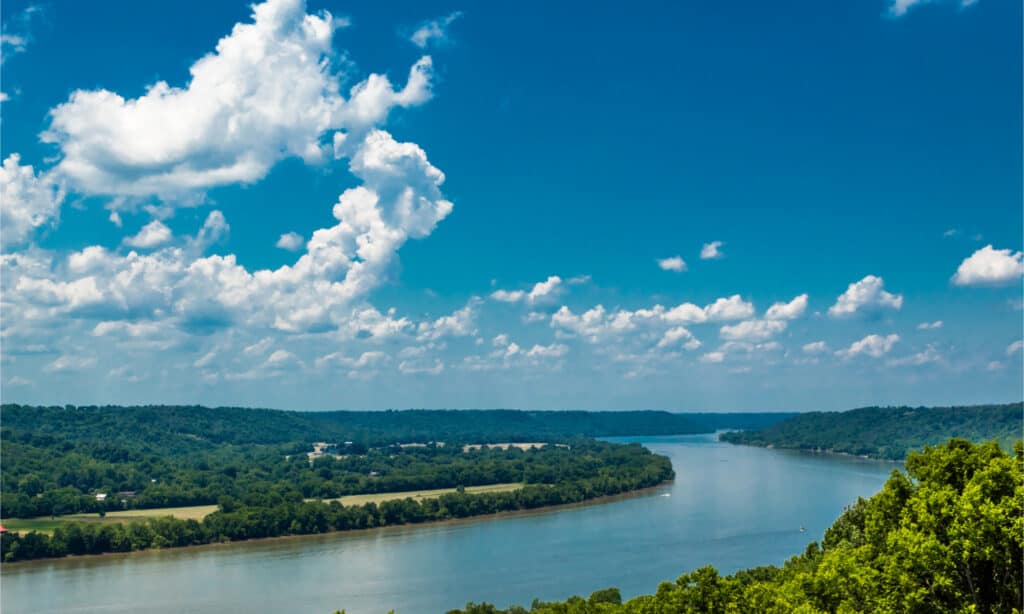 The Ohio River, located at the Midwestern and Southern United States boundary, is the center of commerce for many companies and a home for wildlife. Famous for flowing through several U.S. states, there are also hundreds of cities, towns, villages, and unincorporated populated places on the Ohio River. How well do you know this industrialized river? How deep is the river? Read on to find out.

Where Does the Ohio River Start and End?

The 981-mile-long Ohio River in the United States is one of the longest in the United States. It flows from the Allegheny River and the Monongahela River in Pittsburgh to end at its mouth on the Mississippi River at the tip of Illinois. Starting in Pittsburgh, Pennsylvania, the Ohio River begins at the Allegheny and Monongahela Rivers’ confluence and, ends at Cairo, Illinois, emptying into the Mississippi River.

How Deep is the Ohio River?

The average depth of the Ohio River varies from about 3 to 24 feet. It is a naturally shallow river artificially deepened by a series of dams. From its origin in Pennsylvania to Cincinnati, the average depth is approximately 15 feet (5 m). Its deepest point is 168 feet, near Louisville, Kentucky. But from Louisville, the River loses depth very gradually until its confluence with the Mississippi at Cairo, Illinois, where it is 19 feet (6 m) deep.

This story first appeared on AZ Animals.
– Written by Taiwo Victor
– Photo by Corey B. Stevens/Shutterstock